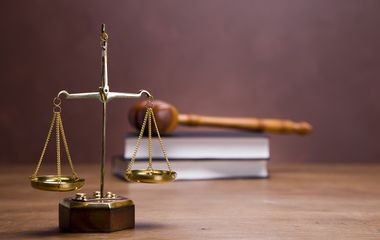 How Cases are Referred to Us

Details of cases referred to the Standards Commission by the ESC can be found under 'Cases - Referral Decisions' on the left hand side menu or the Cases page of this website.

When a report from the ESC is received, the Standards Commission will decide, under Section 16 of the Ethical Standards Act to:

The factors the Standards Commission will consider when making such a decision on a report referred by the ESC are outlined in our Section 16 Policy, which is available to download as a pdf.

A process document that aims to support the Section 16 Policy and provide transparency, by identifying the various scenarios that could arise and outlining the steps that will be taken by the Standards Commission in its decision-making process in respect of each one, is also available to download as a pdf.

The decision made by the Standards Commission is noted in the table on the 'Cases - Referral Decisions, Forthcoming Hearings and Hearing Determinations' page under the heading 'Decision on Referral'.

The Standards Commission holds Hearings (usually in public) to determine whether a Councillor or Member (the Respondent) has breached their respective Code of Conduct. The Hearing Panel comprises of three members of the Standards Commission. The ESC will present the findings of their investigation and/or make submissions at the Hearing about why they consider the Respondent has or has not contravened the relevant Code. The Respondent is entitled to attend or be represented at the Hearing and can also present evidence and make submissions. Both parties can call witnesses. Once it has heard all the evidence and submissions, the Hearing Panel will make a determination about whether or not it is satisfied, on the balance of probabilities, that there has been a contravention of the Code by the Respondent. If the Hearing Panel decides that a Respondent has breached the relevant Code of Conduct, it will then impose a sanction.

The table in the 'Cases - Referral Decisions, Forthcoming Hearings and Hearing Determinations' page provides details about forthcoming Hearings and Hearings which have already taken place. This includes the name of the councillor or member (known as the Respondent) and the name of their council or devolved public body.  Details about the date, time and venue of the Hearing are also included, if these arrangements have been finalised.

The table also contains information about which paragraphs of the Code of Conduct the Respondent is found to have breached, if applicable, under the Heading 'Details of Breach'. The Codes of Conduct can be found on our Codes of Conduct page.

Details of the procedures followed at a Standards Commission's Hearing are outlined in the Hearings Process Guide and Rules, which can be accessed from the menu on the left.

The Hearing Panel's decision about whether or not there has been a breach of the Code of Conduct and, if so, what sanction is to be applied will be noted in the table below shortly after the conclusion of the Hearing.

The Hearing Panel's full written decision will be available to download from the table within 21 days of the conclusion of the Hearing, after the parties to the Hearing have been notified of the outcome in writing.

Details of individual cases will be removed and, thereafter, deleted in line with the Standards Commission’s Document Retention Schedule, a copy of this can be downloaded as a pdf.

The Standards Commission will redact the name of a complainer from the published written decision provided the complainant is not a councillor, member of a devolved public body or MSP. This applies to all written decisions published after 26 January 2015.

Section 21 of the Ethical Standards Act provides the Standards Commission with the power to impose an interim suspension on a councillor or member of a devolved public body on receipt of an interim report from the ESC about an ongoing investigation.  Any decisions made under Section 21 of the Act are listed in the table which can be accessed from the Cases - Interim Suspension menu option or on our Interim Suspensions page. Information outlining how the Standards Commission makes any decision under Section 21 and the procedures it will follow in doing so, should any such a report be received from the ESC can be found in our Interim Suspension Policy, which is available to download as a pdf.